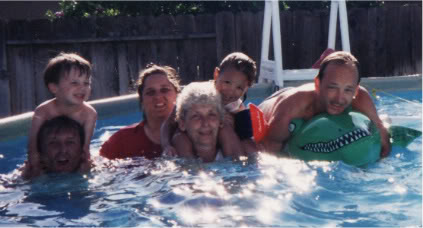 Growing up I always had insecurities surrounding love. From the moment I was created I was told how no on truly wanted me. My mother battling her own demons at the time and my father addicted to drugs were incapable of being able to fully devote all love to me. When I was created my mother had found out that she had cancer. From what I’ve been told Melanoma is the only form of cancer that goes from mother to child and my mother prior to conceiving me spent 30 mins in a tanning bed for her first time and developed a 4-5 on her bottom. I don’t have memories of that time clearly with being an infant so I go off of the things I’ve been told through the years. My papa used to tell me he believes deep down my mother wanted to love me but guarded herself due to the fact that I wasn’t supposed to survive the cancer. My mother tells me she was the only one who loved me. The story I’ve been told and brow beat for years with is my mother father and great grandmother were the only ones who came to see me when I was born. My family, mostly Caucasian, didn’t want to accept a multiracial baby into the family. They had tried to convince her to have an abortion. That’s where my mother says her love for me came in. After a few days my family came around and I believe they grew to love me. But imagine the difficulty believing that you could ever be truly loved and accepted by someone hearing this story over and over again at a young age.

I remember falling into a dark and lonely place very often while growing up. I could be in the middle of doing something with my grandparents and randomly ask them, “do you love me?” They would always reply with a yes and list all the reasons of why.

That insecurity has followed me and has carried over into my relationships. I feel unworthy, not good enough, and unloved a majority of the time. No amount of therapy has been able to change that for me. I am very big on actions. Your voice can express to me a million times the love you share for me but what you do is what matters.

I had a partner who would tell me in this tone that he used only when expressing love that they loved me, but in the same breathe do things that weren’t love in my eyes. They would allow family members to degrade me, hit me, disrespect me and try to convince me that it was love. It takes my brain time to wrap itself around the idea that love isn’t a cookie cutter definition. It looks different to everyone. In his eyes maybe abuse was love. I could understand that. In another previous relationship I had paired love with abuse. He would hurt me and return with apologizes and flowers with cards that said I love you. Every hit combined with “I love you, why do you make me do this to you.” I had been convinced for 4 years that love was violence and fights. At the time it made sense to me. My father abused my mother, my mother abused me, my family degraded one another and they all claimed love.

The other night I was talking to a friend who referred to love in almost the same way. I think we learn love and it’s meaning very young. We see the people around us show love in their own ways and we are programmed that it’s how you demonstrate love. I know what love should resemble based on Disney and Romance movies, but that isn’t real life. So how do you truly know how to love if you’ve only seen it in forms of violence and half ass apologizes? How do you rewire years of trauma like that?

I look more and more to my grandparents. The way they interacted with one another is the type of love I yearn for. My Papa never forgot an anniversary or passed up an opportunity to make my Nana feel special. They had their arguments and tough times but when they looked at one another you could feel the electricity they shared. I try to rewire my brain to accept only love in a form as pure as that. The type of love you don’t have to water down. Love isn’t just in partners but love is in friendships as well. My friend tells me love is being your unapologetic self. It’s being able to be open and talk about the hard issues with one another. I look at her and wish to be as confident and secure.

I’m learning there’s no time constraint to heal that past trauma surrounding love. However; you shouldn’t demonstrate the false love you’ve been programmed to show on others and refer to it as such.